Student Respondent Overcomes a Lot to Walk Across Graduation Stage

Student Respondent Overcomes a Lot to Walk Across Graduation Stage 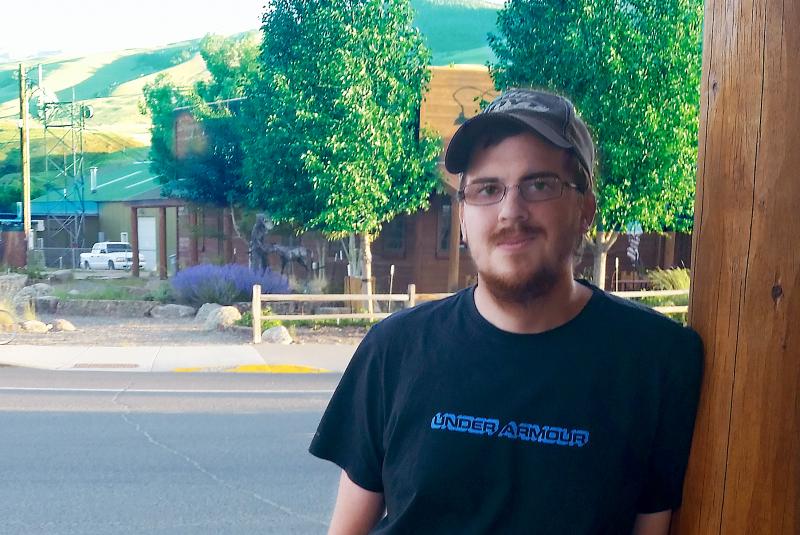 The first couple of tries at college weren’t a success for Jesse Daniels.

“I dropped out a few times. I was pretty terrible at school,” Daniels admitted.

But now, after time in the Air Force and in a cancer treatment center, graduating from OSU Institute of Technology’s School of Engineering Technologies is a breeze.

Daniels, originally from Webbers Falls, said that after dropping out of college for the second time, he decided in 2010 to enlist in the Oklahoma Air National Guard.

“I thought some discipline was in order,” he said, and he was right. “The Air National Guard gave me a lot of confidence and the discipline I needed. I never got below a B after that.”

Daniels, who was pursuing an Electrical/Electronics degree from OSUIT, said he was diagnosed with stage 4 colon cancer in March 2014.

After a year of chemotherapy and several surgeries, Daniels is now in recovery and ready to serve as student respondent for OSUIT’s graduation ceremony Dec. 11.

“I was quite skeptical when they said I was nominated to be the student respondent. I was pretty shocked. I’ve never given a speech before in front of that many people,” he said. “It’s an exciting opportunity; it’s really a blessing. Going through everything I’ve gone through, graduation was going to special no matter what.”

For someone who admits he once disliked school, Daniels said he couldn’t wait to be back in the classroom.

“In April when I got out of the hospital, I was back in school. After being sick, school was a release. Doing anything after being sick was great,” he said. “I enjoy going to work now; it’s not a chore to do. It definitely changed my perspective.”

And OSUIT changed his perspective of college.

Daniels said he used to hate reading books for courses like history, English and government, but when he found electronics, he found something he could really be interested in, so he read all he could on the subject.

“When I found out OSUIT had technical programs, I looked into it. Every class was geared toward electronics. After a while, I realized I wasn’t just there to get a job but that I really liked the learning experience. I really learned to enjoy learning.”

Daniels said he overcame the hurdles in his way because he knew he would earn a degree.

“It was something I was determined to do. I certainly want to continue my education,” he said, so he plans to enroll again at OSUIT and pursue a Bachelor of Technology in Network Infrastructure. “I’m not surprised I’m here. It was a surprise the way I got here.”