Student Takes Dedication to Country, Applies It to School

Student Takes Dedication to Country, Applies It to School 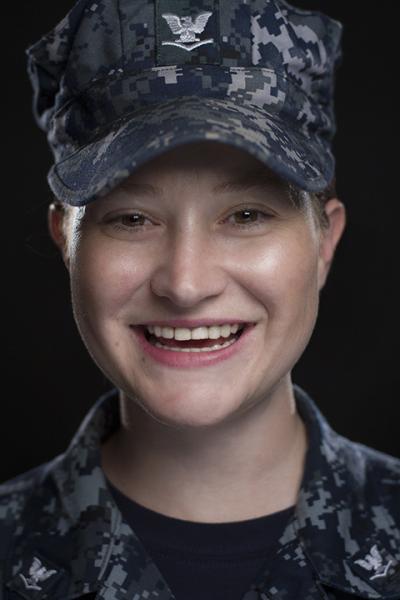 Betty Eden knew what she wanted to do— join the military— after she graduated high school. Her mother wasn’t as enthusiastic.

During her six years in the Navy she worked as an intelligence strategist and then in a family practice clinic in Naples, Italy.

When she left the military Eden said she was ready to be back in a classroom and earn a college degree, so she began looking at universities.

“I chose OSUIT because they accepted a lot more military credits than a lot of other schools in the state,” she said.

The size of the OSUIT campus, as well as average class size, was also a plus.

“It’s a lot smaller than universities. You get individual help if you need it.”

Eden said for herself and other veterans, having that one-on-one connection with instructors and being on a smaller campus is important.

After enrolling at OSUIT, Eden also joined the university’s Student Veterans of America chapter, which also helps returning veterans adjust to their new lives as students.

“There’s a lot of us who come back with PTSD (Post-Traumatic Stress Disorder). We all understand each other and know where we’re coming from,” she said. “It’s a forum for us to talk about classes and work. It’s a social outlet too.”

In the fall, Eden will transfer to the OSU Stillwater campus and begin studying horticulture science and working toward an agriculture degree. She also plans to get involved with the SVA chapter on the main campus.

Eden said she’s grateful for the training the military provided her and the help OSUIT gave her in transitioning from a soldier to a student.

“The military teaches you attention to detail, leadership, self-discipline, things you need to be a good student,” she said.