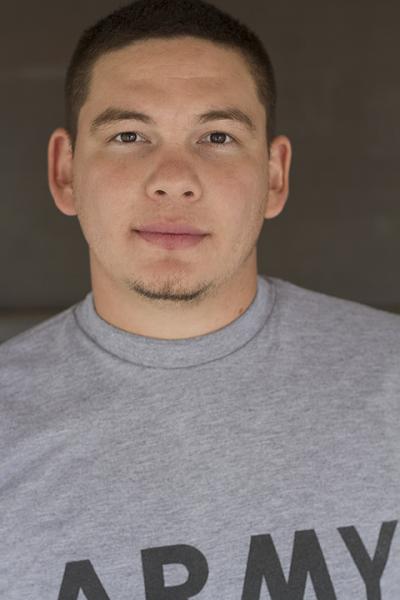 Like many students at OSU Institute of Technology, Clayton Bush wanted a better life for himself and his family, so he turned to higher education.

But after serving in the U.S. military, Bush has experience and training that many of his fellow classmates don’t have, giving him both advantages and challenges when it comes to earning his degree.

After his deployment, he returned to his hometown of Talihina, Okla.

“I went back to a small town, and there wasn’t much in the way of job opportunities,” Bush said. “I had a janitorial job,  a construction job. Then I had a son and needed more.”

The training and on-the-job experience he had while in the Army translated to about 30 credit hours at OSUIT.

Bush said he found exactly what he was looking for at OSUIT.

“The level of training is amazing. I’ve been to college before, but this is much more hands-on and technical,” he said. “The instructors are more than helpful. They always take the time to talk with you, and they’ll help you any way they can.”

Bush also found support from fellow veterans who were also enrolled at OSUIT.

He was one of the first members of the OSUIT’s Student Veterans of America chapter serving as its vice president.

“Each one of us has our own individual backgrounds, and to be able to come together and share our stories is necessary,” he said. “To have that support system is important to us. It doesn’t matter if you’re Army, Navy, Air Force, Marines.”