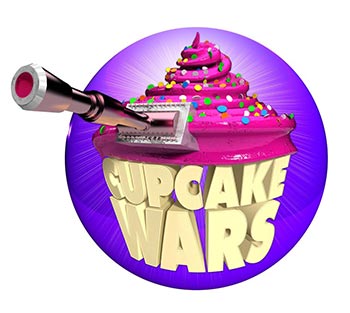 Culinary Arts alum Chef Kerstin Bellah has a taste for adventure. You can tell by looking at her diverse career path including stints with a bakery offering vegan, gluten-free products and her current employer, a farmhouse Japanese restaurant in Austin, Texas which practices molecular gastronomy, a sub-discipline of food science. She recently competed in an intense episode of Food Network’s popular Cupcake Wars competition that airs on Sunday, June 9 at 7:00 p.m., CST.

“My inspiration comes from everywhere,” said Bellah. “I am inspired mainly by chefs who respect our craft and push me to work harder, to think harder, to never stop learning and to just keep getting better every day.”

Cupcake Wars is a Food Network reality-based competition show based on creating unique and professional-style cupcakes that began airing in June 2010. The show starts with four teams of two chefs who are eliminated one by one in three rounds. The show also challenges its contestants to create cupcakes with unusual ingredients with the winning team from each episode receiving $10,000. 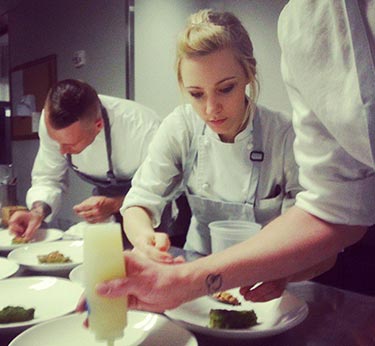 The show invites bakers from all over the United States to compete. Each episode has a theme, some of which have included a golf tournament, a Seaworld birthday party for an orca, a "match-making" aphrodisiac party, film festival cupcakes and an autistic charity event.

Bellah was the baker at Green Goodies, a bakery in Oklahoma City, when they were contacted by a contestant recruiter from Cupcake Wars who asked them to make an audition video with very short notice. In a matter of a few hours the small crew put together a fun video explaining their backgrounds, what was special about Green Goodies, and why they would be a good fit for Cupcake Wars. They were selected for the show a few weeks later.

In the first round of each Cupcake Wars episode, the contestants must create a cupcake based on taste alone with a theme associated including a unique twist of ingredients in 45 minutes. The second round is based on both taste and presentation. In 75 minutes, the contestants must make 3 different cupcakes, each showcasing a different taste with an outstanding presentation. The third round is hardest, with the remaining two teams making 1,000 cupcakes in only 2 hours with the help of a 5-person team consisting of one carpenter and four baking interns.

“The competition aspect of the show is very real, so there’s a lot of pressure,” explained Bellah. “The clock really is ticking, you're working in a new kitchen with new equipment, and there are cameras all around with people talking to you from every direction.”

Bellah is grateful for her training received at OSUIT’s Culinary Arts program.

“I really enjoyed my time at OSUIT,” stated Bellah. “All the chef instructors make the culinary industry fun and approachable while teaching the importance of professionalism - a huge factor in what we do.”