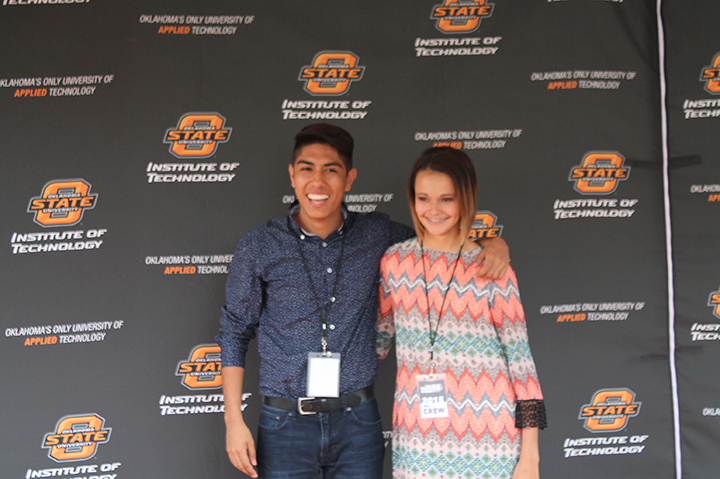 Zombies, addiction, road trips, danger, darkness, romance, and community togetherness were some of the themes covered in the short films screened at the Main Street 48 Hour Film Festival on Oct. 17.

Two OSU Institute of Technology students took the first place prize for their six-minute thriller “Move On.” Marlie Sawyer and Ricky Cuellar are both photography students in the School of Visual Communications.

The pair directed, wrote, edited and produced the film about a woman who is stalked and kidnapped by a former flame.

“We were brainstorming for ideas, and we came up with a thriller,” Cuellar said.

Their film was one of six that competed in the first Main Street 48 Hour Film Festival. Teams had just two days to film, edit and turn in a four to six minute movie. The teams also had to incorporate four criteria into their films: a specific prop, line of dialogue, character and Okmulgee location.

A jury of professional filmmakers chose the first and second place winners, and then an audience prize was awarded following the screenings on Oct. 17 at the Orpheum Theatre in downtown Okmulgee.

Tyler Roberds, the film festival’s chairman, said he was very pleased with the first-time festival.

“One of the things that made the first Main Street 48 great was that this was the very first 48-hour competition for all our team leaders. They all did great, and I was glad we got to show everyone’s hard work on the big screen,” Roberds said. “It’s an extremely difficult thing to produce an entire short film in 48 hours.”

“It was fun but definitely stressful. It’s a lot of time and work, but it’s worth it,” Cuellar said.

Before the screenings, the teams had the chance to celebrate their accomplishment together by being photographed by paparazzi and answering questions as they walked the Orange Carpet, hosted by OSUIT.

“To have six short films screen successfully with an enthusiastic crowd, I feel like it went really well. Not to mention the awesome Orange Carpet event to kick off the festival. That helped loosen everyone up and get the audience excited about the show,” Roberds said.

Both Cuellar and Sawyer said the training and experience they have gained through OSUIT’s Photography program helped them during the filmmaking process.

“Knowing how to light and compose a shot, that really helped,” Sawyer said.

“Without any of that, we wouldn’t have done as well,” Cuellar added.

Having those skills meant Sawyer wasn’t as nervous when it came time to announce the winners.

“I was confident we would do well,” she said, but she knows there’s room for improvement. “I think if we had more time for post-production it would have been even better.”

Now it’s time to think about next year.

“I do know that the filmmakers are ready to go again. They were already discussing better production strategies for next year,” Roberds said. “So as long as we have the support of our awesome sponsors, John McConnell and his great Orpheum staff, Okmulgee Tourism, and the amazing Main Street team behind us, I’ll be there to put on a show.” 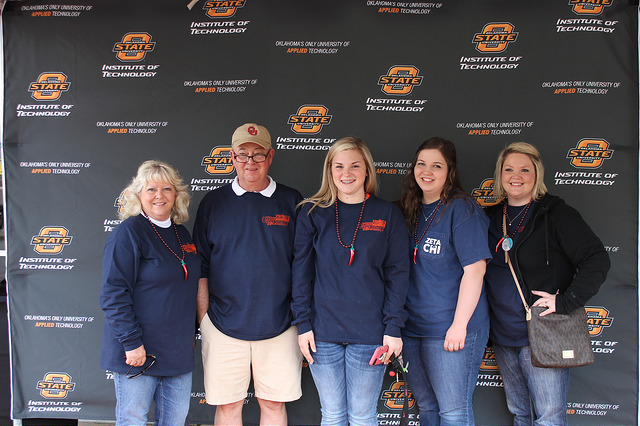