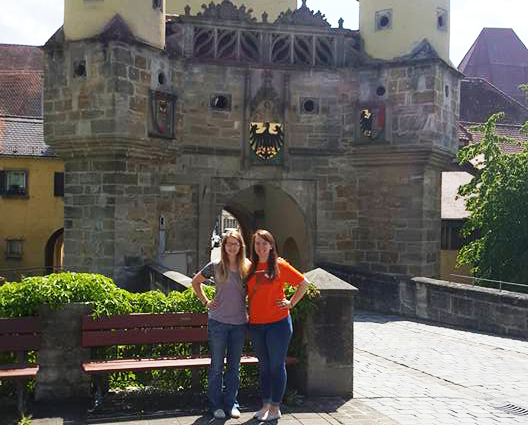 Donetta Sessions and Rebecca Smay, who both just graduated from OSU Institute of Technology’s School of Culinary Arts in August, spent their last semester abroad completing their internships in Germany.

Sessions and Smay interned at the restaurant in the Hotel Sonnenhof in Pleinfeld, Germany, about 90 miles north of Munich.

“I really didn’t think about going international for my internship before, but after I heard about it, I took the opportunity and ran for it,” said Sessions, who added that she was warned chefs in Germany could be strict and even demanding. “It wasn’t as bad as I had assumed. They were all welcoming, and they wanted us there.”

Smay said she felt a little more prepared for her internship.

“I knew a little of the German culture because my sister has been there for four years and is married to a German,” she said. “I didn’t know exactly what to expect, but it was nice to go with a little heads up.”

Despite neither being fluent in German, they were able to communicate with their co-workers because several spoke English as a second language.

Sessions said they primarily prepared German food, but occasionally had the chance to make something a little closer to home.

“They let us cook sometimes because they wanted to learn American cuisine,” she said, but it wasn’t easy. “They didn’t have some of the ingredients we have here. We tried to make biscuits and gravy one day, you know something pretty standard here, but it was difficult.”

Smay said she also enjoyed learning a different cultural cuisine, but it had its challenges. 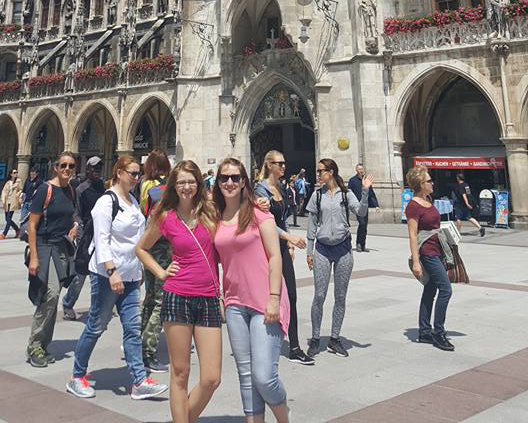 “We learned how to make some of their sauces. They don’t use recipes; they do it all from the top of their head, which was different and took some getting used to,” she said.

Both said they learned a lot while on internship, not just about German cuisine, but also what it’s like to work in a commercial kitchen.

“They were very informative and taught us what they could. They were pretty awesome in teaching us what we needed,” said Smay, who looked at her time in Germany as career preparation, not a vacation. “You have to have a sense that you’re there to work, and you have to work. I was there for 12 weeks, and they rely on you. It’s not for the faint of heart.”

For Sessions, her time in Germany was all about taking in the experiences and realizing that a career in the restaurant business isn’t that different no matter what country you’re in.

“With it being a different country with a different language, I think some people thought it would be tougher. I look at it like the challenges of working at the restaurant in Germany were the same ones you find in any kitchen anywhere,” she said. “It was really awesome that they were up to teaching us and not just looking at us like workers.”