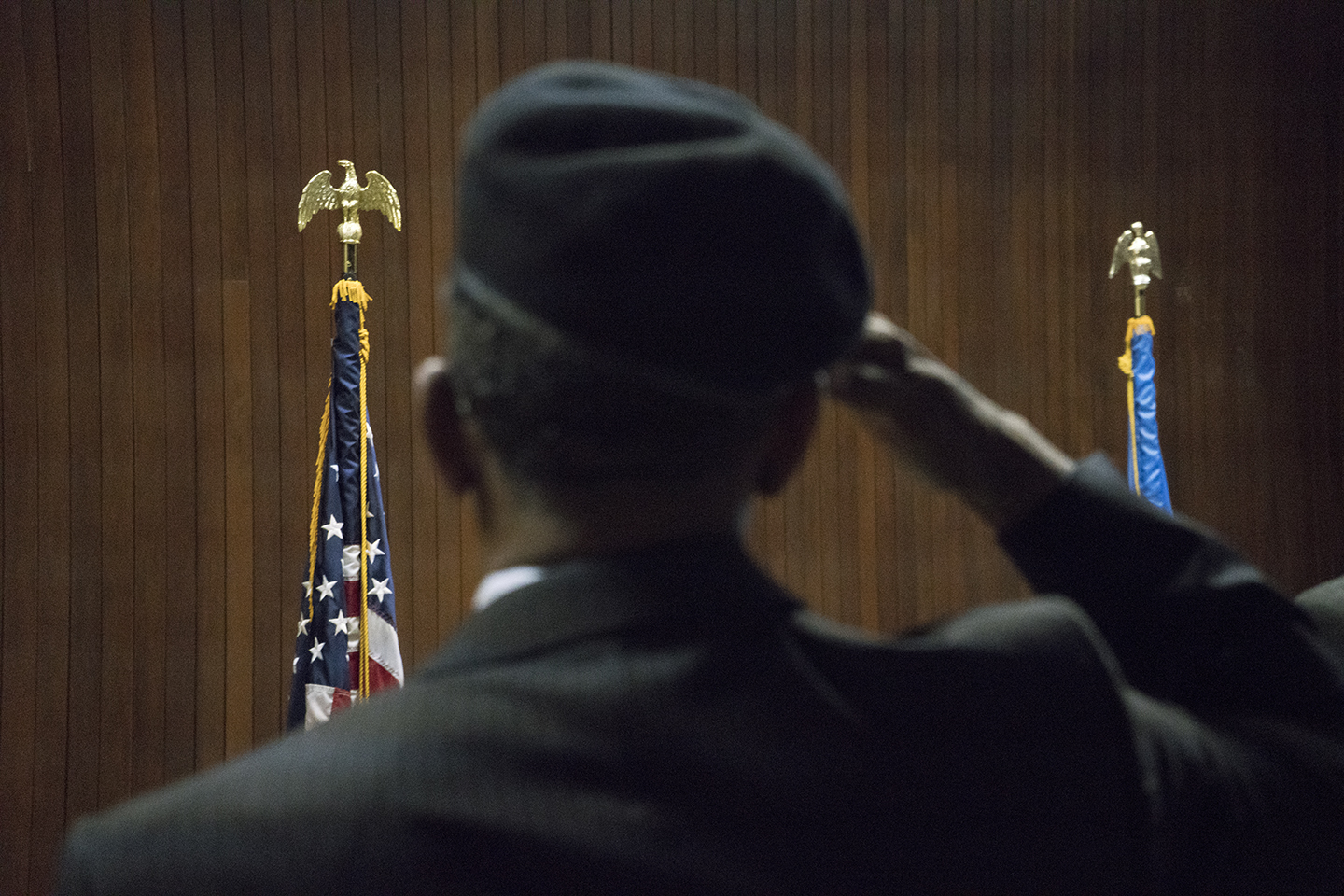 On Friday, Nov. 11, OSU Institute of Technology will honor all veterans and active military members with a parade through campus followed by a flag ceremony, program and reception to commemorate Veterans Day.

The parade will kick off at 9:30 a.m. at the intersection of Wayne Miller Drive and Covelle Boulevard. The route goes south on Covelle Boulevard, then east on First Street before ending at Covelle Hall.

A flag ceremony and program that includes a video presentation, veteran recognition, armed forces anthems and keynote address begins at 10:30 a.m. in Covelle Hall followed by a reception with light refreshments.

Sommer Farrimond, veteran services coordinator at OSUIT, says it’s important that the university honor all who are serving or have served in the armed forces.

“OSUIT has a rich history of serving veterans beginning with the foundation of the college,” Farrimond said.

Before it was a school, the OSUIT campus served as a military hospital for those who fought in World War II. In 1946, Oklahoma State University acquired the property and turned the facility into a technical and vocational school for veterans so they could re-enter the civilian workforce.

To this day, the applied technology environment at OSUIT is a perfect fit for many veterans who enjoy hands-on learning and hands-on work.

Retired Army Col. Nathanial Todd will serve as this year’s keynote speaker at the Veterans Day program. Prior to his retirement, Todd served as director of health financial policy in the Office of the U.S. Army Surgeon General in Falls Church, Virginia.

Since then he has served as chief financial officer and then acting associate medical center director of the Central Arkansas Veterans Health Care System in North Little Rock, Arkansas.

Farrimond said recognizing veterans on the OSUIT campus is crucial whether they are students or area residents who served a month ago or decades ago.