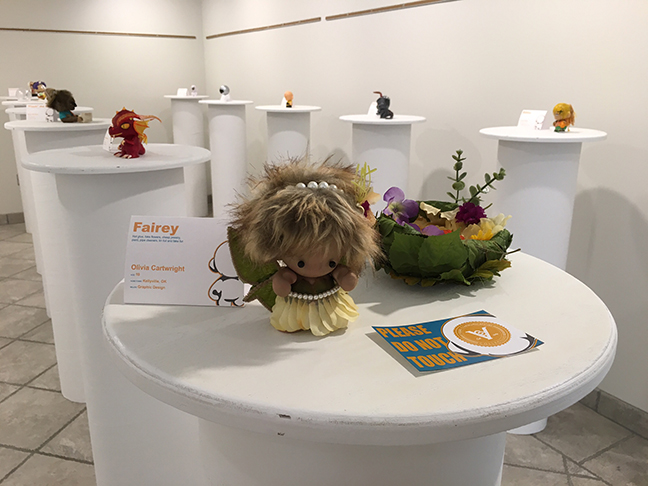 “Creativity in the Off Hours,” the current exhibit on display in the Conoco Gallery in the OSU Institute of Technology Student Union, are small figures each with its own unique look courtesy of several School of Visual Communications students.

The custom figures are called MUNNYs, small blank vinyl figures with movable joints that can be decorated with pens, pencils, markers, paint and other supplies.

It was an opportunity for them have another creative outlet outside their class projects and away from their computers. It gave them a chance to showcase their talents and experiment on a three-dimensional form with materials and mediums not normally utilized by students in their classroom. 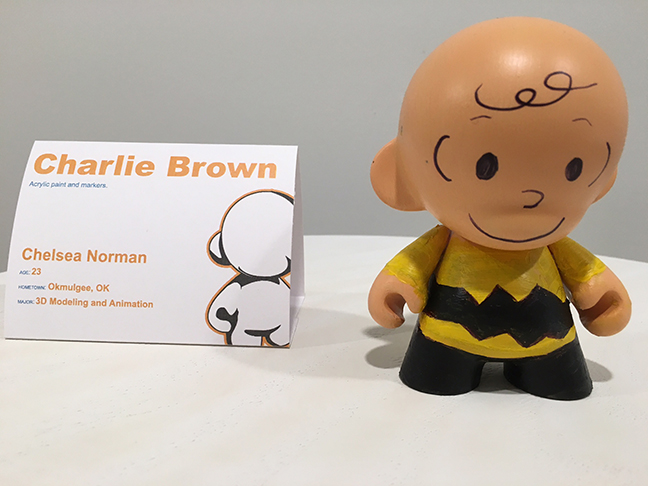 The students had three weeks during the spring semester to design, paint, sculpt and modify their MUNNY into a one-of-a-kind creation.

The pieces on display in the Conoco Gallery are the works of 16 students’ wide and varied creative designs. The materials utilized included clay, acrylic paints, markers, super glue, fabric, fur and even jewelry pieces. The blank MUNNYs became characters from movies, video games or original creations.

The finished MUNNYs were originally displayed in the front lobby of the Visual Communications building along with a ballot box where people could vote for their favorite. Photos of each MUNNY were also sent to several professional designers across Oklahoma to judge the pieces and award Best in Show, first, second and third place trophies. The MUNNY with the most ballot votes won the People’s Choice trophy. 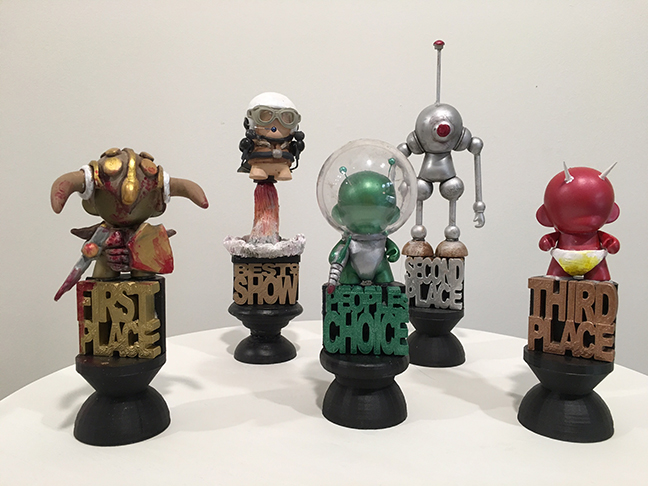 The judges commented that all the entries were great, which made their decisions even harder, and that all the contestants should be congratulated for their creativity and hard work.

The exhibit will be on display in the Conoco Gallery through June.