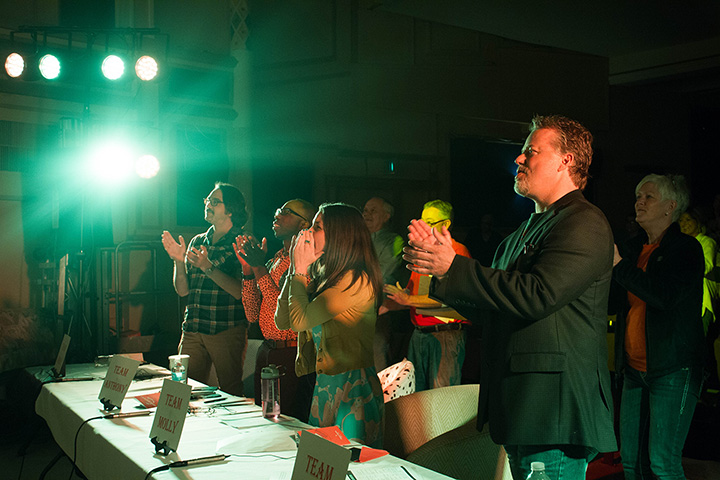 Sumner said last year’s competition was a huge success and that many are looking forward to this year’s event.

“Personally, I was blown away, especially with it being a first-time event,” she said. “The amount of talent from the contestants that competed last year was phenomenal.”

This year’s competition is limited to 20 contestants, and spots are filling fast and this year, those that want to compete have to include with their registration a short audio or video clip of the contestant singing.

Contestants will perform for four judges in hopes at least one will turn their chair around during the first round of the competition.

The fourth judge’s chair will be filled by first-time judge Mary Noble from the Tulsa Voice.

Through several rounds of competition, the judges will select three finalists who will perform during OrangeFest on April 8. The audience at the downtown event will decide who is this year’s Voices of Okmulgee champ and will win two season tickets to 2016 OSU Cowboy Football.

The contestants look to offer something for everyone in the audience

“We will see a wide range of ages performing a variety of music,” Sumner said. “I’m really excited to hear everybody. We have so many musicians come out of Oklahoma, so I know we have the talent in Okmulgee.”