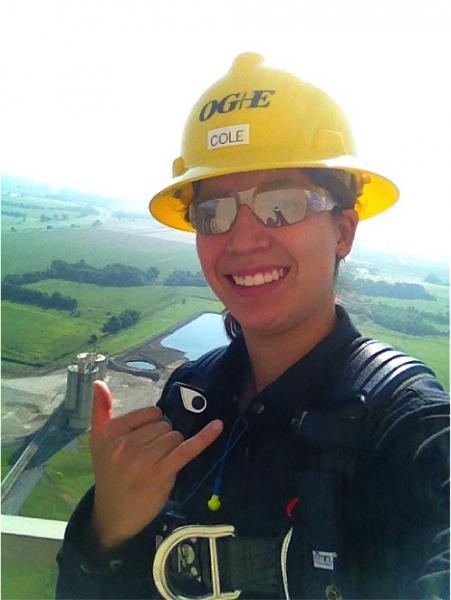 Before Cole Douglas enrolled in Power Plant Technology at OSU Institute of Technology, electricity wasn’t something on her mind everyday.

“I really didn’t think about it before. You flip a light switch and there’s light,” Douglas said, but that’s all changed now. “There’s so much that goes into making electricity and making that light turn on, it’s crazy.”

Initially Douglas thought she was going to go into the engineering field, but after looking at several programs at OSUIT, she was drawn to Power Plant Technology.

“I didn’t even know what went on in power plants,” she said, but last summer she completed an internship at the OG&E coal plant in Muskogee. “I got to do every job they have there, and I got to do some fun stuff too.”

Being one of the few females in her classes at OSUIT on the job during her internship wasn’t difficult for Douglas.

“I have an older brother and I would hang out with him and his friends all the time,” she said, and her classmates and coworkers were exactly the same. “It was fun. I liked all the people I worked with. I’m not treated any differently.”

“In our industry the playing field is level for good employees. It promotes and advances employees based on being a productive and valuable person,” Hanzel said. “Traditionally the jobs in our industry have been heavily occupied by military personnel. As men served their time in the armed forces, the power industry was a great fit for their skills. Today the face of the military has changed and likewise the industry has developed into a more diverse working environment.”

OSUIT and Power Plant Technology were draws for Douglas for several reasons.

“I like to work with my hands and I knew the programs here at OSUIT were more hands-on,” she said, and the Power Plant program offered her a lot of opportunities. 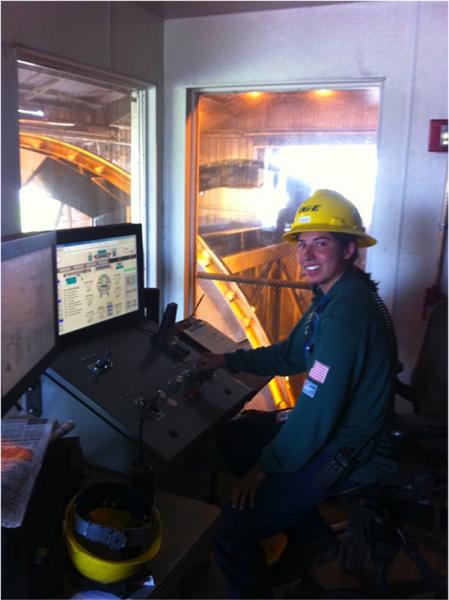 “You can go anywhere in the world. There’s job everywhere,” she said.

Hanzel said the power plant industry offers more opportunities for women than ever before, whether they want to drive a bulldozer, work as a control room operator, be a plant manager or serve on a plant’s board of directors.

“Students don’t have to look very hard to see the opportunities for women in our industry, just as the three women who serve on our advisory board and are leaders within the industry,” he said.

“I think it’s a good career choice. You have good benefits, you can make a good living,” she said. “There’s a lot to learn at a power plant.”