OSU Institute of Technology Alumni Relations inducted the 2016 honorees into the OSUIT Hall of Fame Saturday, June 18 during the Alumni Homecoming Reception. 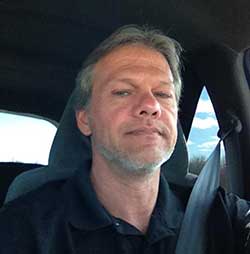 Class of 1996 | School of Engineering Technologies

Darren Barnes graduated with an Associate in Applied Science degree in Electrical/Electronics.

Barnes has been involved in research and development since his graduation and has risen to the rank of engineer because of his dedication to personal growth, diligence, ingenuity and character. His innovations at Tulsa-based TWG have revolutionized several facets of the crane industry by marrying digital technologies to improve performance and safety. Barnes is the inventor of a system and method for calculating winch line pull and holds several patents for innovative practices that include digital monitoring of safety weight ratios to prevent tipping accidents in cranes.

Barnes is also noted for developing the Intelligent Start System (ISS) Advanced Engine Controller for engines at Repair Processes Inc., in Okmulgee. His work allows oil companies with old dying wells to increase their output while simultaneously decreasing wear and tear along with energy use by automating pump activity cycling. His Intelligent Start System allows these wells to continue to produce beyond what would be an acceptable return on investment if manual attention were required.

Each of his successes and the professional respect of those in his industry are a testament to his own intelligence and dedication and a credit to the education OSUIT provided. 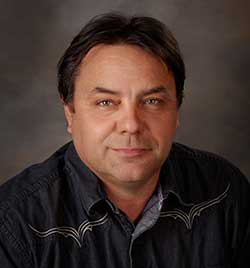 John Biggs was born and raised in Hitchcock, Okla. He attended Boys State and was a Future Farmers of America officer and senior class vice president.

After graduating from Lomega High School, he enrolled at OSUIT and received the Outstanding Student award when he graduated in 1987. While in college, Biggs worked part time at SOO Trucking Co., in Okeene, Okla., as shop mechanic. He continued to work full time at SOO Trucking until February 1989. He had a short run as a field mechanic for Gas Compression Services Inc. in western Oklahoma after he was hired by a fellow OSUIT graduate, Paul Coleman.

Biggs is currently the Business Unit Manager for Mesa Compression in Weatherford, Okla. He was instrumental in working with Chesapeake Energy to obtain funding for the Chesapeake Energy Natural Gas Compression Training Center at OSUIT. Biggs has also been active with the OSUIT Natural Gas Compression program since it was developed and has served on its advisory board. He has assisted in acquiring many of the pieces of training equipment to help strengthen the education of students.

He and his wife Mary, also an OSUIT alumna, live in Weatherford and have three daughters.

Scott Sherrill is the executive chef and owner of Ludger’s Catering & Events. He grew up in Tulsa and attended Bishop Kelley High School.

At age 14, Scott began his culinary experience working for Charlie Mitchell’s restaurants. During and after high school, he continued to work in various kitchens around Tulsa before enrolling at OSU Institute of Technology’s School of Culinary Arts. After graduation, he began working and mentoring under Michael Fusco as his sous chef at Flavor’s Restaurant. Four years later, he was offered a position to help open up the Montereau at Warren Woods and soon became the executive chef in charge of multiple kitchens, a large staff and special events.

After several years as a successful chef, Sherrill accepted a teaching position at OSUIT and received the Outstanding Faculty Award. In 2009, Chef Ludger Schultz offered Sherrill and his wife the opportunity to purchase Ludger’s Catering. Since their purchase of the company, they have continually built on the event services offered and have established a well-respected and loyal clientele.

Sherrill continues to support his alma mater through his service on the School of Culinary Arts advisory board and as an employer of OSUIT graduates. 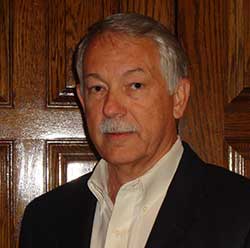 Class of 1975 | School of Construction Technologies

Randy Smith was born and raised in Altus, Okla. He graduated with a degree in Electrical Construction from the School of Construction Technologies and pursued his first job in electrical equipment fabrication for Stewart & Stevenson, a generator manufacturer in Houston.

Smith serves on the advisory board for the School of Construction Technologies and has consistently employed graduates and provided internship opportunities to students of the Electrical Construction program.

Smith has two sons and one grandchild and plans to retire in five to six years and then live comfortably in Sherman. 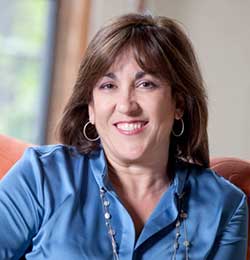 Class of 1986 | School of Visual Communications

Liza Wenzel is owner and president of Wenzel Design, Inc. located in Tulsa. After several years as a graphic designer and art director, she established her own graphic design studio in 1994.

Through hard work and determination, Wenzel has built a successful boutique design studio that specializes in strategic and creative branding for businesses that desire to make a lasting impression. She believes crafting a distinctive visual message will help clients stand out from the crowd and get them noticed. Current and past clients include QuikTrip Corporation; General Electric Co. Adhesives & Sealants; Disney; X-Games; Williams Companies; Mabrey Bank; Osage Casinos; River Spirit Casino; M-D Building Products; and US Beef Corporation, parent company of Arby’s.

Wenzel currently serves on the advisory board for the School of Visual Communications’ Graphic Design program and is president of the Tulsa Executive Exchange. She is an advocate for hiring OSUIT graduates and provides internships, opens up her business for student tours, and contributes financially to the Marvin D. McQueen Outstanding Graduate Award. Wenzel has been a guest speaker for OSUIT’s Women in Technology event and sponsor of VisCom’s annual Art Plus fundraising event. 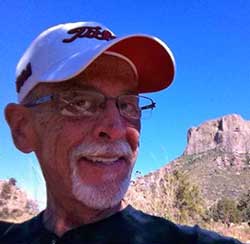 Gary Myers was a painter, known for his Western art, both locally in Oklahoma and in the greater art world.

Born and raised in Oklahoma, Myers grew up and attended schools in Bartlesville. He served in the U.S. Army Reserves and then later enrolled at OSU Institute of Technology. Myers earned his degree from OSUIT in what was then known as the Commercial Art program. He was an accomplished commercial artist for several years, then later taught art, drawing, watercolor and design at OSUIT, eventually becoming dean of the School of Visual Communications for five years.

His art has graced the cover of numerous magazines and has won many awards, one of which included being a recipient of a gold medal for watercolor from the Texas Ranger Hall of Fame. His work has been the focus of exhibits at several museums and galleries including the National Cowboy Hall of Fame, The National Western Artists Association, Ranching Heritage Museum, Western Heritage Show and The American Painters in Paris.

Myers touched the lives of many people with his extraordinary talent, quick wit and laughter. He died June 23, 2013, and left behind a legacy of work that now hangs in private collections and public galleries around the world. 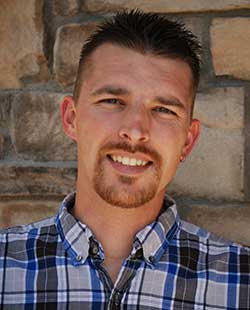 Class of 2013 | School of Energy Technologies

Brian Cochrane graduated from OSU Institute of Technology with an Associate in Applied Science degree in Natural Gas Compression in 2013. While a student, he was an active member of Phi Theta Kappa honor society and held a part-time job to help pay for his education. He was also awarded scholarships from the Gas Processing Association and DCP Midstream while pursuing his degree.

Cochrane worked as a technician in a different field for 12 years before choosing his current career path. He selected OSUIT’s Natural Gas Compression program because of its high academic rating and its reputation for helping place its students in good internships during school and then high paying jobs after graduation.

Cochrane is currently employed by DCP Midstream as an operator at its flagship processing plant in Colorado, which cleans and separates natural gas into liquids and residue sales gas for residential and industrial facilities. The facility moves over 160 million cubic feet of natural gas each day.

His favorite hobbies are riding dirt bikes and four wheelers, fishing, hiking and camping. He also loves restoring classic cars and spending time with his wife, Caitlin, and their three dogs. 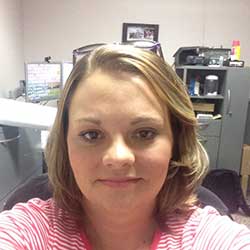 Class on 2010 | School of Engineering Technologies

Amanda Cullum is an automation analyst with Chevron Corporation in Midland, Texas. She graduated from OSUIT in 2010 with a Bachelor of Technology in Instrumentation Engineering Technology.

While attending OSUIT, Cullum was elected president of the student chapter of International Society of Automation and the Student Senate. She was also a member of Phi Theta Kappa and the Multicultural International Student Association. Cullum was chosen as the student respondent for her graduating class and then later came back as the graduation speaker for the Spring 2013 Commencement Ceremony.

Immediately upon graduation, she was hired as a field specialist then quickly promoted to plant specialist and electrical instrumentation specialist before her current position. She is an active member of the Instrumentation Society of America and currently teaches new employees automation protection for the company.

Cullum and her husband serve as foster parents and recently adopted a little girl, while also raising two boys of their own. She is the den mother for her 10-year-old’s Cub Scout Troop and also assists her community with diabetes and weight loss support groups. 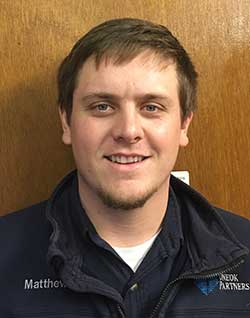 Class of 2012 | School of Energy Technologies

Matthew Henson graduated from OSU Institute of Technology with an A.A.S. in Natural Gas Compression in August 2012. He also later received a bachelor’s degree in Business Administration from Southern Nazarene University in 2015.

Henson is currently the senior mechanic for ONEOK Partners. He specializes on working on Caterpillar, White Superior, Waukesha, Clark, Cooper, Ingersoll Rand, Quincy Compressors and Product Pumps. He has been selected as president of ONEOK’s Safe Committee Team.

He has dedicated time in assisting OSUIT with career fairs and has contributed to committee meetings on deciding curriculum factors for future students at OSUIT in the natural gas compression field. 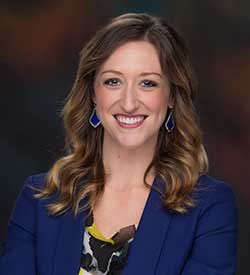 Class of 2008 | School of Visual Communications

Jennifer Matthews was born and raised in southwest Arkansas and knew at a very young age that she was interested in art and design. She took every art class from kindergarten through high school and studied art history.

She first attended college at the University of Central Arkansas where she majored in graphic design. After two years, Matthews transferred to OSUIT for a more hands-on experience. Shortly after graduating in 2008, she was offered a job with the Chickasaw Nation as a graphic designer in the Department of Commerce. Seven years and several other positions later, she now leads the team of seven designers for the Chickasaw Nation in the Department of Communications and Community Development.

She is actively involved as a peer mentor at a local high school and an advisory board member for Gordon Cooper Technology Center. She has served as a member of the Pontotoc County Career Day marketing panel for the past three years and recently spoke at the Girls Leadership in STEM Conference. She and her husband are currently building their dream home just outside Ada. 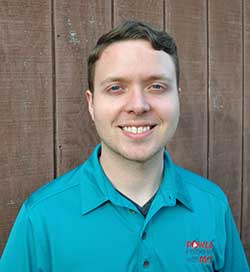 Class of 2010 | School of Energy Technologies

Born and raised in McAlester, Okla., Zach Shreffler attended public schools and was named valedictorian at Stuart High School in 2008. He was one of the first students to enroll in the Power Plant Technology program at OSU Institute of Technology.

After graduation, Shreffler secured a full-time operator helper position at Northeastern Power Station, a natural gas facility in Oologah, Okla. He has since advanced from operator helper to his current position as station operator. He also serves as chairman of the plant’s safety committee. He recently authored a new training manual for entry level equipment operators.

Shreffler developed informational displays that can be seen around the plant that utilize a data acquisition system to show critical plant information such as water levels, unit load, temperatures and pressures. These displays have now been adopted by other PSO plants.

He is an active member in the Oklahoma Pride Partnership that promotes equality, diversity and inclusion for all employees. He also volunteers to represent PSO at events such as the Martin Luther King Jr. Day Parade and Tulsa State Fair. This fall, Shreffler plans to enroll at OSU-Tulsa to pursue a bachelor’s degree in Business and work toward a supervisor position.