OSU Institute of Technology Alumni Relations inducted the 2017 honorees into the OSUIT Hall of Fame Saturday, June 17 during the Alumni Homecoming Reception. 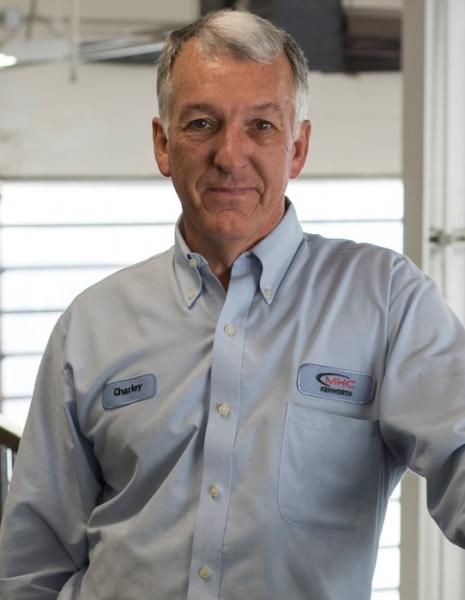 Charley Been is the shop foreman for MHC Kenworth, a full-service dealership for new and used semi-trucks, large parts inventory, and factory trained technicians with more than 100 locations across 16 states.

Been graduated from OSU Institute of Technology in 1977 with a degree in Diesel & Heavy Equipment.  He began his career shortly after graduating, working for Ryder Transportation Services, located in Ft. Smith, Arkansas.

While with Ryder, Been received the Maintenance Excellence Award for being a top 10 Maintenance Manager for Ryder in 1996. His dealership received numerous maintenance and service awards during his time as manager. He continued to advance with Ryder over the course of 26 years before joining MHC Kenworth.

Been currently lives in Morris, Oklahoma, with his wife Cindi. He continues to maintain a professional relationship with the School of Diesel & Heavy Equipment and has been instrumental in connecting interns and graduates to positions within MHC Kenworth. 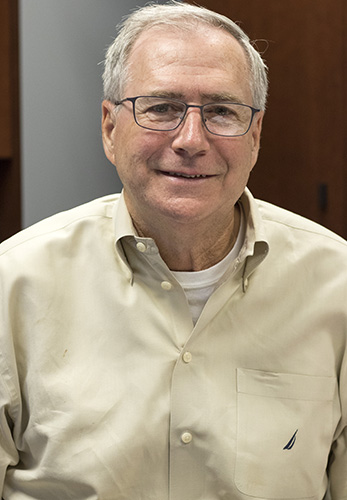 Class of 1974 | School of Construction Technologies

Mike Rampey graduated from OSUIT in 1974 with a degree in Air Conditioning & Refrigeration and owns Air Assurance Company in Broken Arrow, Oklahoma. Air Assurance started in 1985 and employs 80 people in the heat, air conditioning and plumbing fields.

Rampey's leadership has earned his company many prestigious awards and honors, including the Air Conditioning Contractors of America’s National Residential Contractor of the year, Better Business’s Torch award, Lennox Industries prestigious Circle of Excellence, and the Dave Lennox award. The Dave Lennox award is awarded only to the top 1 percent of all Lennox dealers in North America.

Rampey resides in Broken Arrow with his wife of 43 years, Narissa. He has two children, David Rampey and Kimberly Hall, and five grandchildren. His son, David, and wife, Narissa, also work in the business. 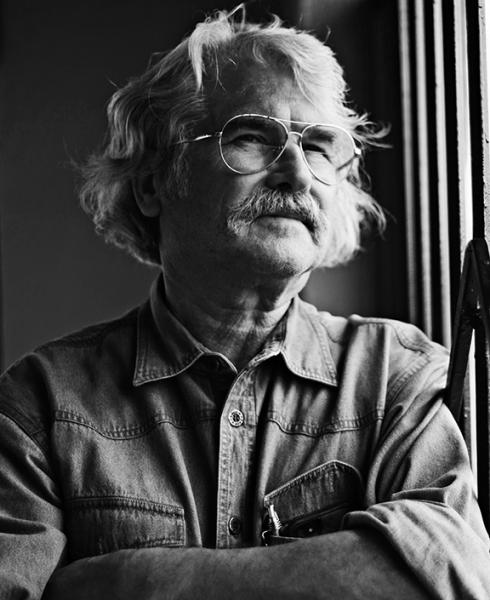 Class of 1973 | School of Automotive Technologies

Bob Smith graduated from OSUIT in September 1973 before opening Bob Smith Coachworks just four months later in his hometown of Gainesville, Texas. What started as an upholstery shop grew into a restoration shop specializing in one-of-a-kind vehicles worth millions of dollars.

Now Smith’s business houses the equivalent of 12 specialty shops under one roof, including framework, body work, mechanical, engine-building, upholstery, paint and repair. Also housed in the shop are 12 different coachbuilders, devices that build the body of automobiles. It was these types of coachworks that Ferraris and other luxury automobiles were originally built on.

Smith’s shop is one of only three in the U.S. that restores vintage Ferraris, and he has clients, many loyal repeat customers, from across the country and the world including Mexico, Canada and Europe.

Smith remains connected to OSUIT, serving periodically as an adviser to the School of Automotive Technologies over the last 20 years. 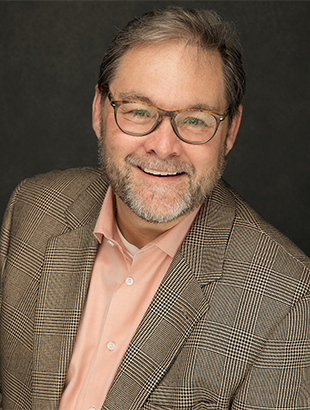 Class of 1982 | School of Visual Communications

Mark Wyatt is a graduate of the School of Visual Communications and owner of Agency Creative in Dallas, Texas. With an eye for design and a passion for getting down to brass tacks, he developed an approach to branding that blends creativity with strategy to get real results for his clients. Realizing that the traditional advertising agency structure was broken, he set out to create an agency that respected clients’ business goals and focused on building relationships between brands and consumers.

Since 1994, Agency Creative has churned out award-winning work for clients that range in industry from aviation to healthcare. The agency was recently listed in the Dallas Business Journal’s Top 25 Advertising and Marketing Firms. In his more than 30 years of experience, Wyatt has found that there is no substitute for results and respect. He treats every client like a partner and approaches every job with the same enthusiasm and vigor as he did when he first walked across that OSUIT stage back in 1982. 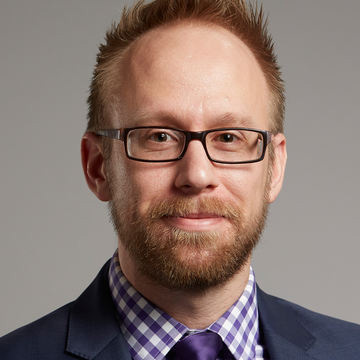 Class of 2008 | School of Visual Communications

Brandon Harn is the associate creative director of publishing for Ackerman McQueen in Colorado Springs, Colorado.

He received his associate degree in graphic design from OSUIT in 2008. Since graduating from OSUIT, Harn has steadily worked as a graphic designer for major companies, such as the Bank of Oklahoma, Zebco and DZ Graphics.

Harn currently works on the National Rifle Association account designing for both print and digital publications. He is an advocate for OSUIT, providing critique on presentations and portfolio reviews for current students.

On the weekends, he loves playing and watching soccer and is a volunteer for Project Hope Worldwide. 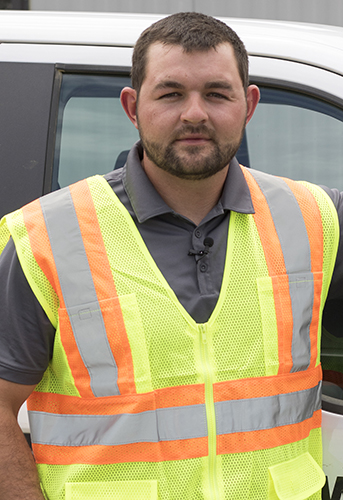 Class of 2014 | School of Construction Technologies

Dylan Ingram is the field engineer for Sherwood Construction Co., Inc., a company specializing in heavy civil, highway, and site preparation projects. He specializes in managing several crews, including mass grading, excavation, and multi-span bridges. He is currently involved with managing and overseeing quantities, crew productivity, scheduling, subcontractor management, materials, and cost controls for a variety of projects in the Greater Tulsa Area.

Ingram graduated from OSUIT in 2014 with an associate degree from the School of Construction Technologies. While at OSUIT, he received the Outstanding Student Award for having the highest grades in the class. Ingram is currently the corporate liaison of Sherwood Construction for OSUIT, enabling the process for our students to acquire internships and enter the workforce. 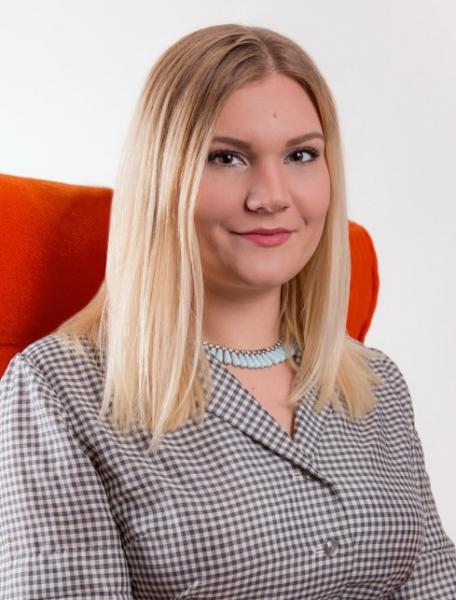 Class of 2014 | School of Visual Communications

Kyndl Rowland graduated from the School of Visual Communications in 2014 with an associate degree in Graphic Design.

She is currently a creative designer at Saatchi & Saatchi X, the shopper marketing arm of Saatchi & Saatchi. Aiding her internal creative team, she is designing for major brands such as Procter & Gamble®, Keurig® and Wendy’s®.

Rowland volunteers with Saatchi & Saatchi’s charity organization, the C.A.R.E. Initiative, founded on the premise of protecting under-served children communities and assist with providing a better quality of life.

Rowland currently resides in Fayetteville, Arkansas. She returns to OSUIT from time to time to serve as a judge for the 3D department’s design competition and attends student portfolio reviews.