Former OSUIT Librarian Gives Back by Establishing Endowment for Library

Former OSUIT Librarian Gives Back by Establishing Endowment for Library 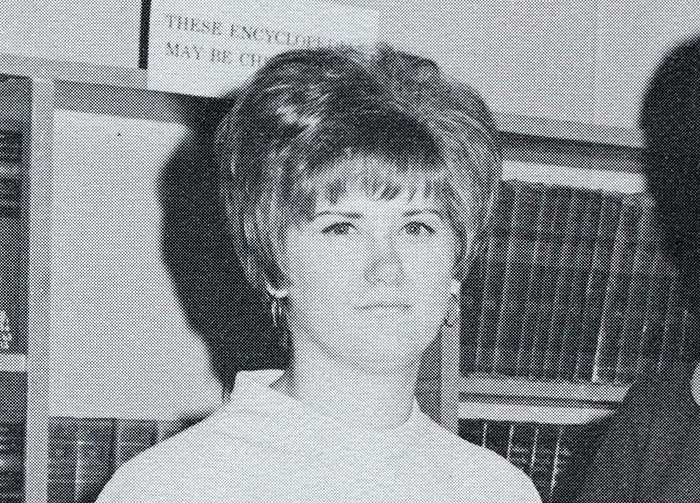 She started as the librarian in June 1969 and retired 33 years later in 2002. During that time, Kirkbride saw the construction of the current library building and the addition of a computer lab that has since become the Center for the Advancement of Teaching and Learning.

“There were a lot of changes,” she said.

When the university opened in 1946, the main campus in Stillwater sent over several volumes to get the library started, Kirkbride said, so when she came on board, she just continued to build on the collection.

“We didn’t have a large budget, so I concentrated on the academic volumes and periodicals. Faculty would make recommendations,” she said. “We had a fair-sized collection for students.”

Kirkbride oversaw the installation of the first computer in the library in 1982 for drafting students to utilize. Twenty years after that, she decided it was time to turn the library over to the next generation.

“When I retired, I figured it was time for the library to have some new blood,” she said, but she never lost interest in the place where she started and ended her career.

Recently, she founded the Rebecca Kirkbride OSUIT Library Fund, an endowment that will produce about $1,000 each year to help support the library.

“The school was good to me; it was a great job. But the library, there was always a need for more,” Kirkbride said. “You have a social responsibility to give back. I have the means; I might as well share it. It was a way to pay it forward.”

OSUIT President Bill R. Path said the establishment of the endowment and continuous gift of funds to the Library exemplifies the spirit of giving and goodwill that permeates the campus.

“We are so grateful to Ms. Kirkbride for her loyalty and generosity to the OSUIT Library and her commitment to seeing it grow and prosper, even into her retirement. I cannot thank her enough for willingness to give back to this institution,” Path said. “Like so many aspects of our world, libraries have had to adapt as technology has advanced. People use libraries in different ways and the OSUIT Library is no different. But despite these changes, libraries are still vital to a university campus and its students. I am thrilled and so proud that our library will continue to meet the needs of our students and programs with help from the Becky Kirkbride OSUIT Library Fund."

Jenny Duncan, the OSUIT Library director, said she and library staff are considering several ways the funds from the endowment could help the library, including updating or even expanding its collection of reserve textbooks that students utilize.

“It’s great that Becky wants to contribute and give back, especially with more budget cuts expected in higher education,” Duncan said.

One reason Kirkbride has such an attachment to OSUIT is because it’s different than traditional four-year universities in that it offers a hands-on education in more technical career fields.

“I was kind of a tomboy growing up, although I read extensively. I had originally thought I would be a librarian at a secondary school. I could never see myself working among the artistic elites of liberal arts schools,” she said. “The subject matter at OSUIT was so much more interesting to me than books of poetry. The students were different than at four-year colleges. It just really fit me.”

And while much of that remains true today, Duncan said she and her staff have worked to keep the library fresh, up-to-date and above all a useful resource for students.

“Libraries are changing, but I want to preserve the integrity of an academic library,” she said, and strike the right balance between offering academic resources and items that appeal to students’ broader interests like fiction and films. “Those things are important, too. Students need that as well. And our Tech To-Go program has been phenomenal.”

Word about the technology available at the library has even reached Kirkbride.

“I haven’t been to the library in a long time, but one thing they have that I want to see is the 3D printer. I’d love to see how that works,” she said.