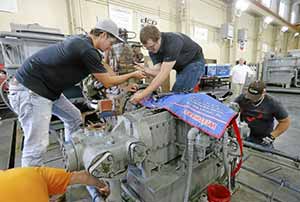 Originally published in Tulsa World | The newest building on the Oklahoma State University Institute of Technology campus looks more like a series of repair shops than classrooms.

In each room are lines of tractors, compressors and engines. Instead of the names of past educators on the walls, the rooms are named after industrial giants such as Devon Energy, Koch Industries and Williams Cos.

This is the new Chesapeake Energy Center at the OSUIT Okmulgee campus and a symbol of the changing face of education in Oklahoma.

Across the state, some higher education institutions are trying to adjust their academic focus to serve the growing demand for high-skilled workers in areas such as energy, manufacturing, medicine and aerospace.

As employers in Oklahoma and the United States scramble to find employees in what has been deemed as a “skills gap,” the state’s higher education institutions are delivering a new generation of vocational education, focused on high-skill, high-paying jobs in a changing economy.

In the Chesapeake building, students and industry veterans alike train on real-world equipment, learning the ins and outs of how it works while studying the physics and engineering behind the equipment.

Students such as 19-year-old Cole Clark of Okemah will put two years into the program, including internships at area companies.

When he’s done, Clark should be expecting to walk into the field with a job that starts at about $50,000 a year and only goes higher.

“And it only takes two years.” 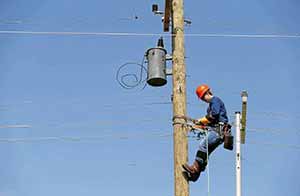 OSUIT’s new Chesapeake Center shows just how desperate employers are, pumping money — $2 million in this case — into programs and facilities years before they will start producing workers.

The campus’ president, Bill Path, is quick to point out that the economy, and training for jobs, is rapidly changing.

“It really has changed from employers doing the training to the students taking responsibility,” said Path, an outspoken advocate for higher education workforce training who has written columns for the Tulsa World and the Huffington Post.

While employers are not as willing to take on new trainees, Path said changes in hiring practices do put prospective employees at an advantage.

“You can come and get a degree in a skilled program in two years and go into the field of your choice,” Path said.

Almost the entirety of OSUIT — 3,000 students and 425,000 square feet of space — is dedicated to developing highly skilled workers. The school offers 37 degrees in programs ranging from power plants and electrical wire training to watchmaking and hospitality management.

At Tulsa Community College, the 30,000-student institution is developing new programs to address critical needs in the areas of medicine and information technology. Historically, about 30 percent of TCC’s population is enrolled in workforce development programs. 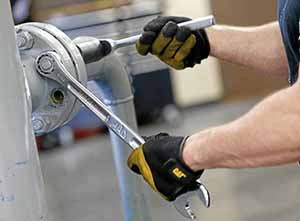 At just 19, OSUIT student Garrett McAlister is hoping to take the fast track to a high-paying job in manufacturing.

McAlister is using the college courses to learn the fundamentals of the field and to lay the foundation to work his way up through a manufacturing company.

“Eventually, I want to have my own shop and run my own business,” said McAlister, who is working as a shop assistant during his studies. “When I finish here, I should be set.”

McAlister could have everything he needs by the end of 2014 to walk into his chosen career field.

According to program director Ken Milliman, students like McAlister are a hot commodity among prospective employers.

Oklahoma’s economy is heavy in high-skilled workers, even in fields that don’t require bachelor’s degrees.

The state has nearly 140,000 manufacturing workers, 3,800 more than a year ago, according to the Oklahoma Employment Security Commission.

“It’s the employees’ market right now, and those that have relevant experience and skills required can pick and choose,” said Casey Lamb, president of Tulsa-based recruiting and staffing company American StaffCorp.

“Before we look at any new program, we go out and do an analysis to see what kind of demand there is,” Clayton said.

“We don’t want to send students into a program where they can’t find a job.”

Students are now in their second semester of a nearly two-year course that teaches them how to use ultrasound equipment to test for a range of ailments.

“It used to be that offices and hospitals trained people from within,” said program director Aimee Francois. “Now they want someone certified and trained before they come in the door.”

Starting wages for ultrasound technologists are about $25 to $26 an hour, Francois said.

The students are on a full-load, year-round schedule that has them doing classroom and lab work every day and training several days a week with a local medical office.

The college is starting another program in Owasso in the fall for cardiovascular technologists, another two-year, year-round program. The program will have 12 students.

The program, with tuition, books and supplies, costs about $10,000, similar to the diagnostic sonography program.

The median wage for cardiovascular technicians is just under $54,000 a year, according to the Bureau of Labor Statistics.

Cavin, a stay-at-home mother of four, said the classes are demanding.

“I don’t think people understand how technical this is,” she said.

How can you get a high-paying, high-skilled job in Oklahoma
View the PDF version of this article by Kyle Arnold.
Viewing this document requires Adobe Reader.
Back to Top
©