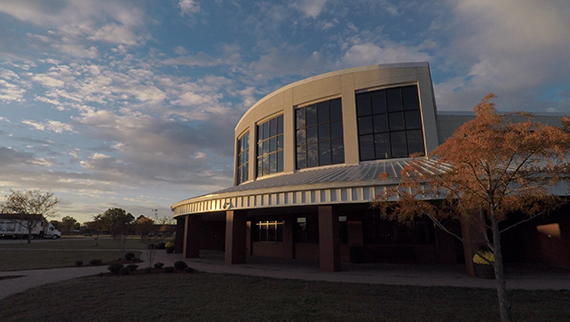 Thirty-three OSU Institute of Technology Nursing graduates will receive pins at the fall nursing pinning ceremony Tuesday, Dec. 22, at 10 a.m. in Covelle Hall on the OSUIT campus. The pinning ceremony will precede the campus commencement at 2 p.m.

"We're all very excited, but it hasn't sunk in for a lot of us," said Melissa Lillie, Nursing class representative and graduate. "We have worked hard to get to this point, but it doesn't feel solidified until we receive that pin. It's so symbolic to us; it's a rite of passage, it's the door that stands between us and the rest of our lives."

Due to the COVID-19 pandemic, the ceremony has been modified to deliver an event that holds the same traditions with the campus community's safety and well-being in mind.

The fall 2020 pinning ceremony will be held as a private function only with no guests; Covelle Hall will be closed to the public. Only graduating nursing students and the platform party will be permitted entry.

The ceremony, however, will be streamed live to the OSUIT Facebook page and made available for on-demand viewing on OState.TV and the OSUIT website so that friends and family may see their graduate being pinned and share in that moment.

"Our current job placement rate is 98%," said Jodi Campbell, director of Nursing. "I am confident that all of these graduates will have jobs when they are ready to say yes."

The pinning ceremony, or the act of receiving a pin, is one the oldest rituals in nursing programs. It dates back to Florence Nightingale, circa the 1860s, who rewarded her most outstanding graduates with a medal for excellence; it now symbolizes the successful completion of a nursing program.

"All nursing students are survivors; it takes incredible commitment and determination to get into nursing school, let alone complete it," said Campbell. "This class, in particular, has weathered the loss of a classmate followed by the loss of an instructor only to find themselves finishing nursing school and beginning their careers in the middle of a global pandemic."

Lille said that she's not a traditional student, and nursing school wasn't initially in her plans.

"When I was younger, I wanted to be a biomedical engineer, but life has changed plans for a lot of us," she said. "We take different paths, but ultimately, my path led me back to the healthcare field. Through my life experiences, I found out that I wanted to pursue a career as a trauma nurse."

Lillie said that she doesn't regret waiting until her 40s to pursue this career choice and would do it the same if she had a chance.

"At first, I was worried that my at my age, I would either be the one they run to for everything or the class mom, and I was so surprised that I was neither," she said. "Our cohort was tight, and everyone leans on everyone. If anything, my place was for comedic relief. I never felt like the mom of the group or the old lady. I never felt like an outsider, and I always felt very included."

Lillie has accepted a position at Saint Francis in the Neuro/Trauma ICU upon graduation.

She said that she's glad she chose OSUIT for nursing school and would highly recommend the program to anyone who wants to become a nurse.

"It is such an emotional time; I've cried at every nursing pinning I've gone to, and they weren't mine," said Lillie. "I am going to miss my classmates the most. Getting into a nursing program in Oklahoma is highly competitive, but once you're in, your classmates become your family."

Campbell said the Nursing program is incredibly proud of these graduates.

"These graduates are prepared to take on anything and will serve their future patients with excellence," said Campbell. "We can't wait to see them shine in their future endeavors."