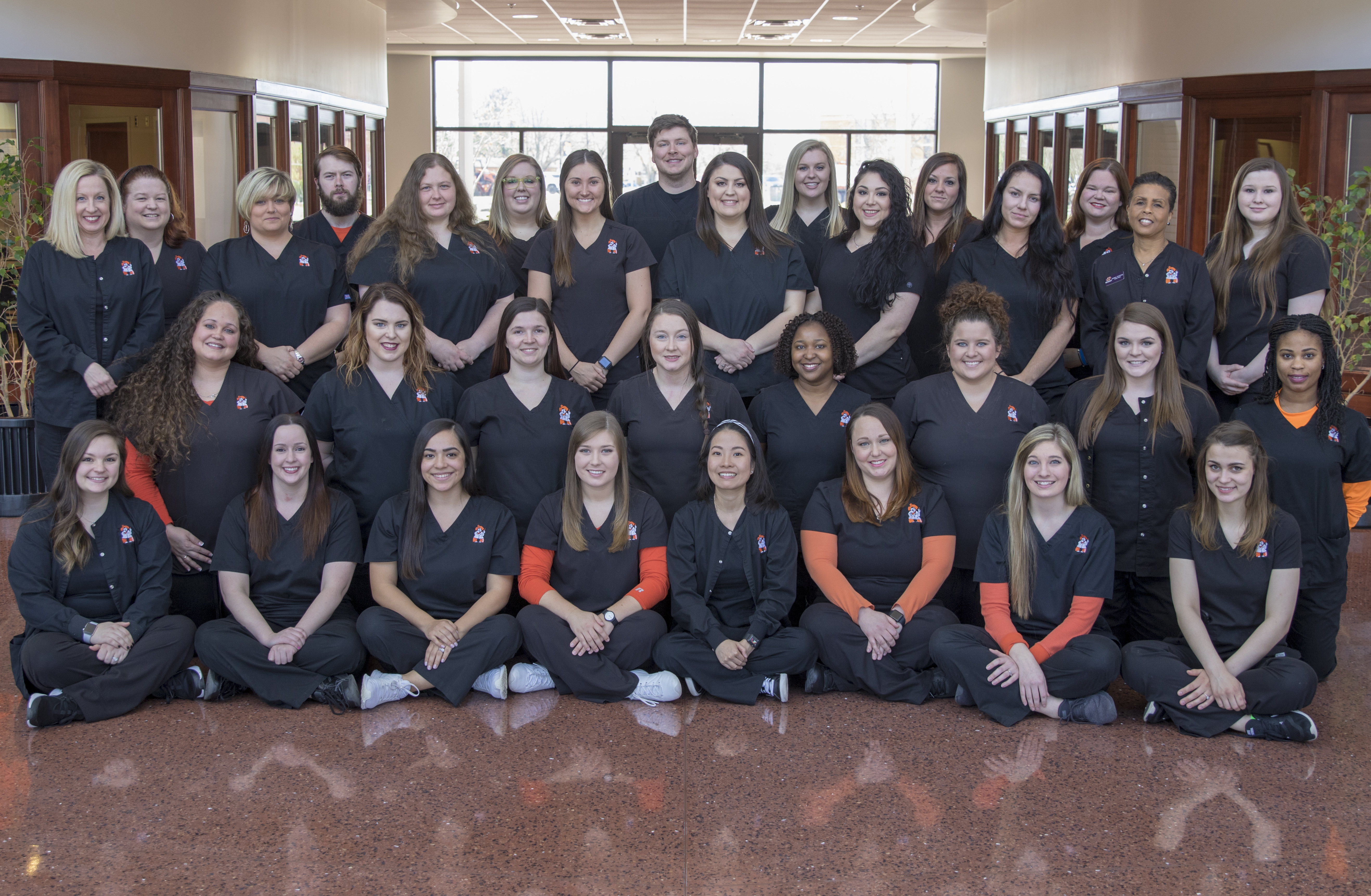 OSU Institute of Technology’s Nursing students will celebrate their achievements and bond with each other and their school during a pinning ceremony at 10 a.m. in Covelle Hall on April 20.

“The nurses pinning ceremony is a symbol of completion. It’s like a badge for something you did well and accomplished,” said Roxanne Guajardo, one of 32 nursing students who will receive his or her pin Friday.

Pinning ceremonies are a nursing school tradition that date back to the 19th century. Florence Nightingale, the founder of modern nursing, started the tradition over 150 years ago by presenting graduates of the nursing school she founded with a medal or symbolic “badge of courage.”

Jana Martin, dean of OSUIT’s School of Nursing & Health Sciences said, “We have one of the largest group of graduating nursing classes that we have had in a while.  This has been a great group of students and truly the Brightest Orange!  We have the most nursing students graduating with honors we have ever had. This is an exciting group, they are fun and serious, appreciative of everyone that has helped them along the way and a very cohesive group. It is very bittersweet to see them leave. We can’t wait to see what they do in the nursing world and will change patients’ lives forever, but we will also miss them and their leadership.”

Hope Ford, whose parents both worked in the medical field while in the military, said her parents are looking forward to the ceremony.

“My mom gave up her dreams to raise me,” she said. “So I feel like my dreams are coming true, but my mom’s dreams are also coming true.”

The pinning ceremony can be emotional for the faculty as well as the graduates and families.

Barbara Armstrong, who began her journey through OSUIT’s nursing program nearly six years ago, said this will certainly be a momentous occasion for her. She was supposed to have graduated in 2014, but had to take a break to take care of her aging mother.

“Last March, Donna called me to pick up my pin from 2014,” said Armstrong. “Donna and Jana both remembered me. I mentioned that I had just passed my boards for my LPN in February, and Jana asked me if I was ready to come back. I told her that I would think about it, and she said I had two days until the deadline. She went into her office and came back with an application, and here I am.”

The motivation for such a long endeavor is the passion each student has for caring for people.

First generation college graduate, Jessica Ford said, “I think you choose nursing because it’s your personality. You’re either born to do it or not. Everyone has this moment where the honeymoon phase is over and you realize it’s nothing like TV. And you’re sitting there thinking, What did I get myself into? Is it too late to change my degree? But for me, later that afternoon, I had the most amazing connection with my patient and realized that’s why it’s worth it.

“I wanted to become a nurse to touch people’s lives at their lowest point, to be that glimmer of light at the end of the tunnel,” said Hope Ford.

But the patients weren’t the only motivation these students had. They all four were quick to mention how supportive the faculty, staff and other students were.

“The people here want to see you succeed, and they will do everything they can to help you,” said Armstrong.

Hope Ford said her favorite memory from OSUIT Nursing school will be the relationships she’s built and the personal growth.

“Nobody walking across that stage is the same person they were when we started,” she said.

The pinning ceremony is open to the public. We encourage all faculty and staff to attend and support these graduates. Just be sure to bring tissues.