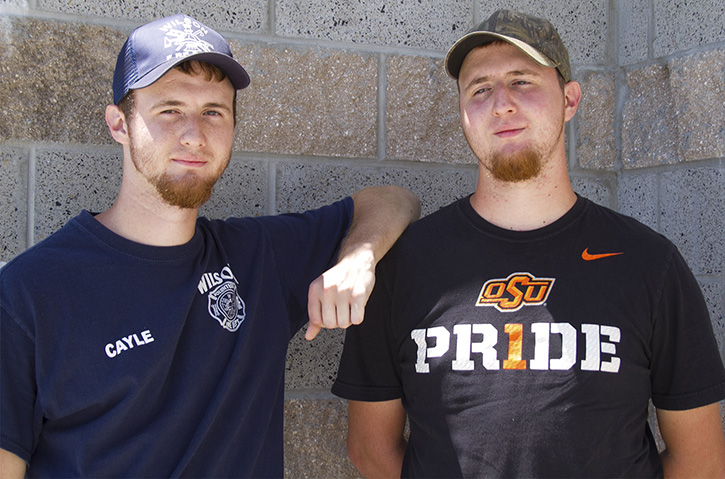 Coddy and Cayle Danker have been doing things side by side since they were born.

“Once I got into the program, I liked it. After that program I wanted to further my education,” Cayle Danker said.

After graduating from high school in 2013, the two enrolled in OSU Institute of Technology’s Manufacturing Technologies program.

Coddy Danker said he enjoys the hands-on nature of manufacturing, but OSUIT’s program takes it a step further.

“It’s still hands on, but you go more into the programming side of manufacturing at OSUIT,” he said. “Nowadays you can’t do anything without a college education.”

Both will graduate Aug. 21 with an Associate in Applied Science in Manufacturing Technologies from OSUIT.

OSUIT’s 201st graduating class will be recognized at two commencement ceremonies on Friday Aug. 21 with Natalie Shirley, Oklahoma secretary of education and workforce development and OSU-Oklahoma City president serving as keynote speaker for both ceremonies.

Attending the same university and enrolling in the same program was a benefit for the brothers.

“It’s been easier. We’ve done our homework together, and it’s easier to do work. When we have group projects, we don’t have to worry about whether we work well together,” Coddy Danker said.

“You always have someone to ask if you have questions. We try to help each other out,” Cayle Danker said.

The two also just completed their required internships at Champagne Metals in Glenpool. Although they interned at the same place their opposite shifts caused the brothers to work apart for the first time in years.

“It was different. We were used to carpooling together, and it was nice having someone to ride with,” Cayle Danker said.

But now that they are about to graduate, they know the odds of finding employment at the same company aren’t high.

“We’re ready to go on our own, but it would be nice to work together,” Cayle Danker said.