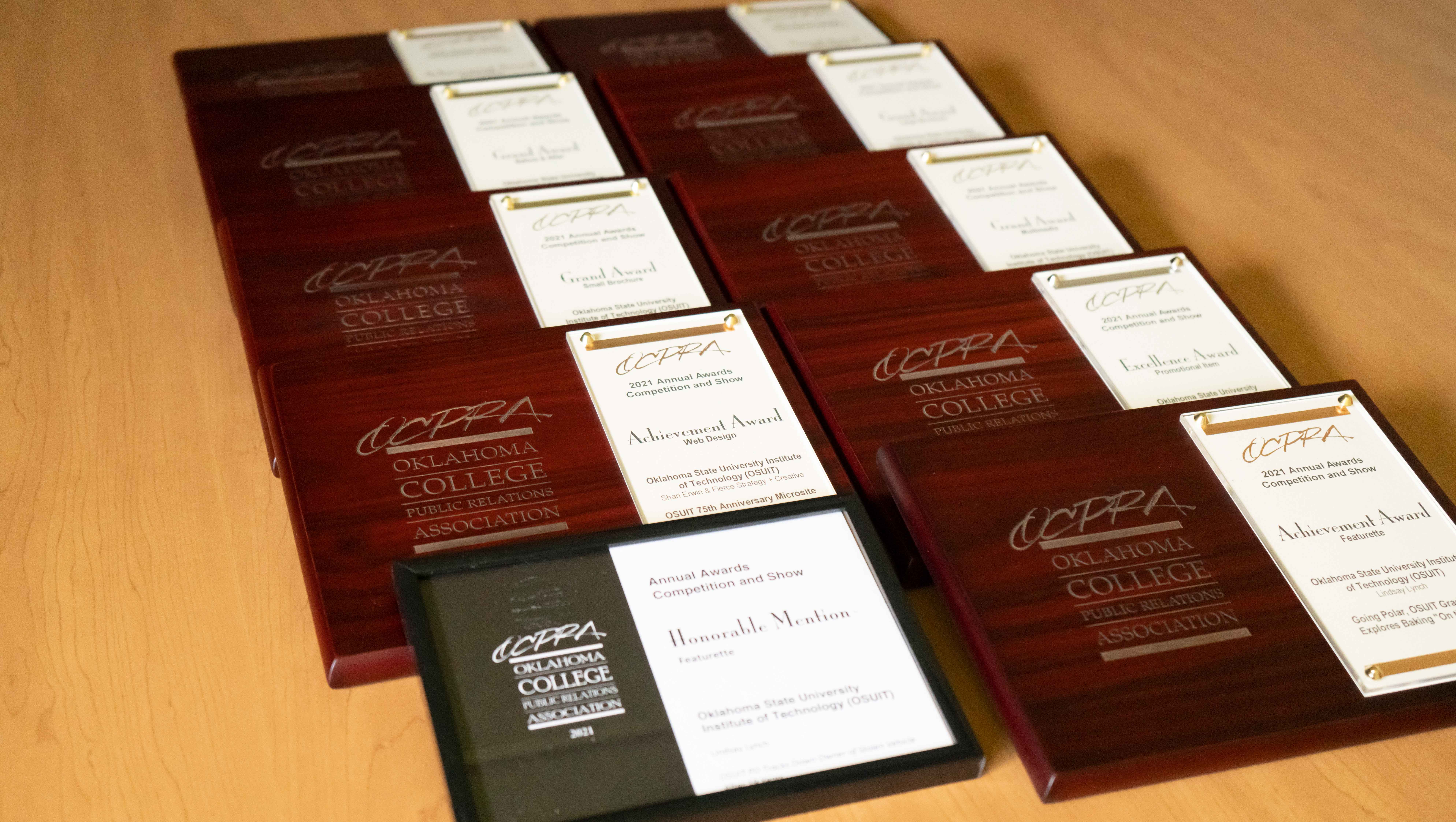 This year’s competition included 422 entries by 17 OCPRA institutions or branch campuses in 41 categories ranging from print pieces and feature writing to website design.

“This is an incredible accomplishment for not only our branding team but also the institution,” said OSUIT President Bill R. Path. “I’m proud of the high caliber performance that these awards honor in all facets of communications, from print publications to digital media."

The Be True Lapel Pin, created by Erwin and Lynch, won an Excellence award in the Promotional Item category

"I know the strength of this team because of the work they consistently produce, and I have a window into that daily,” said Erwin. "Awards just provide the outward, tangible evidence to that effect, and they certainly reinforce something I have known to be true before and throughout the pandemic. This is a group of professionals that gets things done and sets the bar high."

The OCPRA Awards recognize the best in contemporary communications from educational institutions -- both public and private -- throughout the State of Oklahoma. This annual competition was created in 1992 by the OCPRA to reward achievement, recognize excellence and encourage a healthy competitive spirit by those who represent higher education to the public. Materials are submitted by individuals who work in public relations, sports information, video, development or alumni affairs at any of the state’s higher education institutions. Entrants are not required to be members of OCPRA.

Due to the cancellation of last year’s competition, entries from June 2019 through May 2021 were accepted in this year’s contest. All entries were judged by members of the College & University Public Relations and Associated Professionals, a professional networking group in Pennsylvania whose mission is similar to that of the Oklahoma College Public Relations Association.

“The Oklahoma College Public Relations Association is undoubtedly made up of some of the state’s most creative minds, whether it involves artistic design, video expertise or effective campaigns and events.  This year’s crop of award winners proves that,” said Keith Mitchell, OCPRA president. “In a year when the pandemic dramatically altered campus operations across the state, our institutions proved their ability to adapt and continue to serve their on-campus and off-campus communities. OSUIT’s awards are a prime example of the quality of entries we had this year. To take home the top award in five different categories was impressive.”