History of the Office | Office of the President | OSUIT

History of the Office

History of the Office 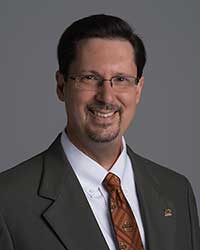 Under his leadership, OSUIT has strengthened industry partnerships, developed innovative agreements to drive international relationships, and joined the educational ranks of key national organizations such as the National Association of Manufacturers (NAM) Manufacturing Institute Educational Council, the American Association of Community Colleges (AACC) Commission on Global Education, and the National Coalition of Certification Centers (NC3) to set the standards for modern technical education models domestically and abroad.

Since June 2013, Path has been a regular contributor to The Huffington Post, an online news and opinion site. His topics include higher education, workforce training and the skills gap.

With degrees in Bible and educational psychology counseling and a doctorate in higher education administration, Path is also the author of a motivational/metaphysics book titled Moments of Forever: Discovering the True Power and Importance of Your Life. 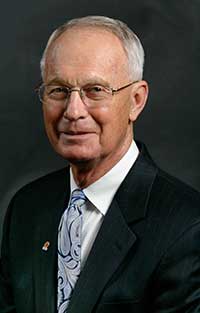 Dr. Robert E. Klabenes became the third and longest serving president at OSUIT with a goal to elevate the quality of facilities, raise the professionalism of staff and faculty, and expand degree-granting programs.

Under his leadership, the campus underwent a dramatic change: remaining wooden barracks and outdated structures were replaced by modern, state-of-the-art buildings for classrooms and residence halls that were comparable in quality with major college campuses.

Numerous buildings were constructed during his tenure; in all, a total of more than $150 million in new construction and remodeling projects. Klabenes also led the effort for the establishment of the Bachelor of Technology degree, and countless business partnerships with national and international corporations. He was an innovative academic leader focused on advancing technology and the preparation of students to achieve high-paying careers. 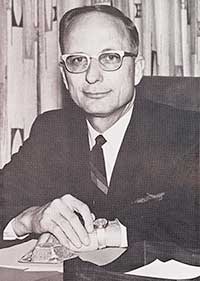 The College was granted accreditation as an operationally separate entity by the North Central Association of Colleges and Schools in 1975, and in July of 1979 the Oklahoma State Regents for Higher Education approved the awarding of degrees.

During a time when state and campus resources were scarce, Miller oversaw the construction of nine new educational facilities, the renovation of several more, and the addition of millions of dollars of equipment for student use. Enrollment in 1983 peaked at more than 3,500 students. Effective marketing slogans of this era included “Educating Hand and Mind” and “Education You Can Bank On.” 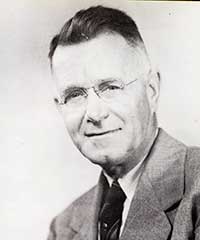 L. Keith Covelle was named as the first director for the Oklahoma A&M College School of Technical Training which opened October 1946.

Covelle had a deep ingrained philosophy of learning-by-doing and saw a great need to increase the benefits of society by preparing young people for the work-a-day world as skilled technicians.

Said Covelle to his many friends and colleagues who gathered for his retirement: “I built the foundation. It’s up to you to continue to build this great school.”