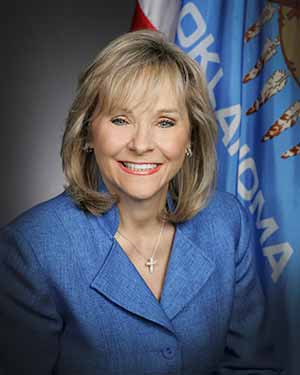 Oklahoma Governor Mary Fallin will address Oklahoma State University Institute of Technology’s 197th graduating class as its keynote speaker at the spring commencement ceremony on April 25 at the Okmulgee campus.

“We are so privileged and proud that Gov. Fallin will speak to our graduating class. It shows her commitment to college completion, as well as her commitment to an educated, highly-skilled workforce,” said OSUIT President Dr. Bill R. Path. “Her mission to increase the number of graduates in the fields of science, engineering, technology and math (STEM) goes hand in hand with our mission here at OSU Institute of Technology.”

Fallin is the first woman to be elected governor of Oklahoma. She’s also currently serving as chairwoman of the National Governors Association, a bipartisan group representing all of the nation’s governors.

Prior to her election in 2011, Fallin represented the people of Oklahoma in a number of state and federal positions. She served two terms as a state representative before becoming Oklahoma’s first female lieutenant governor in 1995. From 2006 to 2010, she served as a member of the United States House of Representatives.

Additionally, Fallin has launched an initiative to increase the number of college graduates and career certificate holders in Oklahoma to help the state attract and retain jobs. She also introduced the state’s first-ever comprehensive energy plan focused on developing and finding new markets for Oklahoma’s plentiful natural resources.

“OSU Institute of Technology is unlike any other university in the state. Faculty and administrators work directly with leaders and job creators in a number of industries so curriculum aligns directly with the needs of manufacturers, energy leaders, automakers, health professions and engineers,” Fallin said. “The result is more than 90 percent of those who graduate from OSUIT have a job waiting for them the minute they walk across that graduation stage.”

Fallin herself is a graduate of Oklahoma State University. She is married to Wade Christensen and the couple have six children between them. 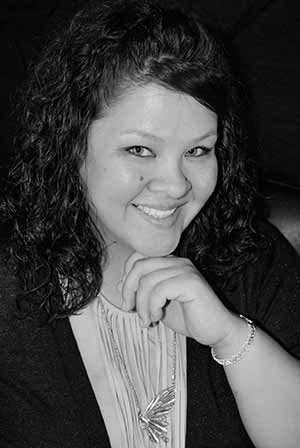 The student respondent is Megan Nichele Ballou, who will graduate with an Associate in Applied Science in Orthotic and Prosthetic Technologies. While attending OSUIT, Ballou, a native of Locust Grove, was active in Phi Theta Kappa Honor Society serving as Vice President of Fellowship, and the Orthotics and Prosthetics Club serving as Secretary and then President.

Ballou was pursuing a degree in Business Administration when she heard about OSUIT’s Orthotics and Prosthetics program and took a tour of campus.

“From that point on I’ve felt like I’ve found my life’s calling,” she said. “The professors are friendly, helpful and personable. The small class sizes made it easier for the professors provide in-depth one-on-on training. The individual training enhanced my learning experience.”

The graduation ceremony begins at 2 p.m. in Covelle Hall on the OSUIT campus, 1801 E. 4th St., in Okmulgee.

Find out more information about the upcoming graduation ceremony.